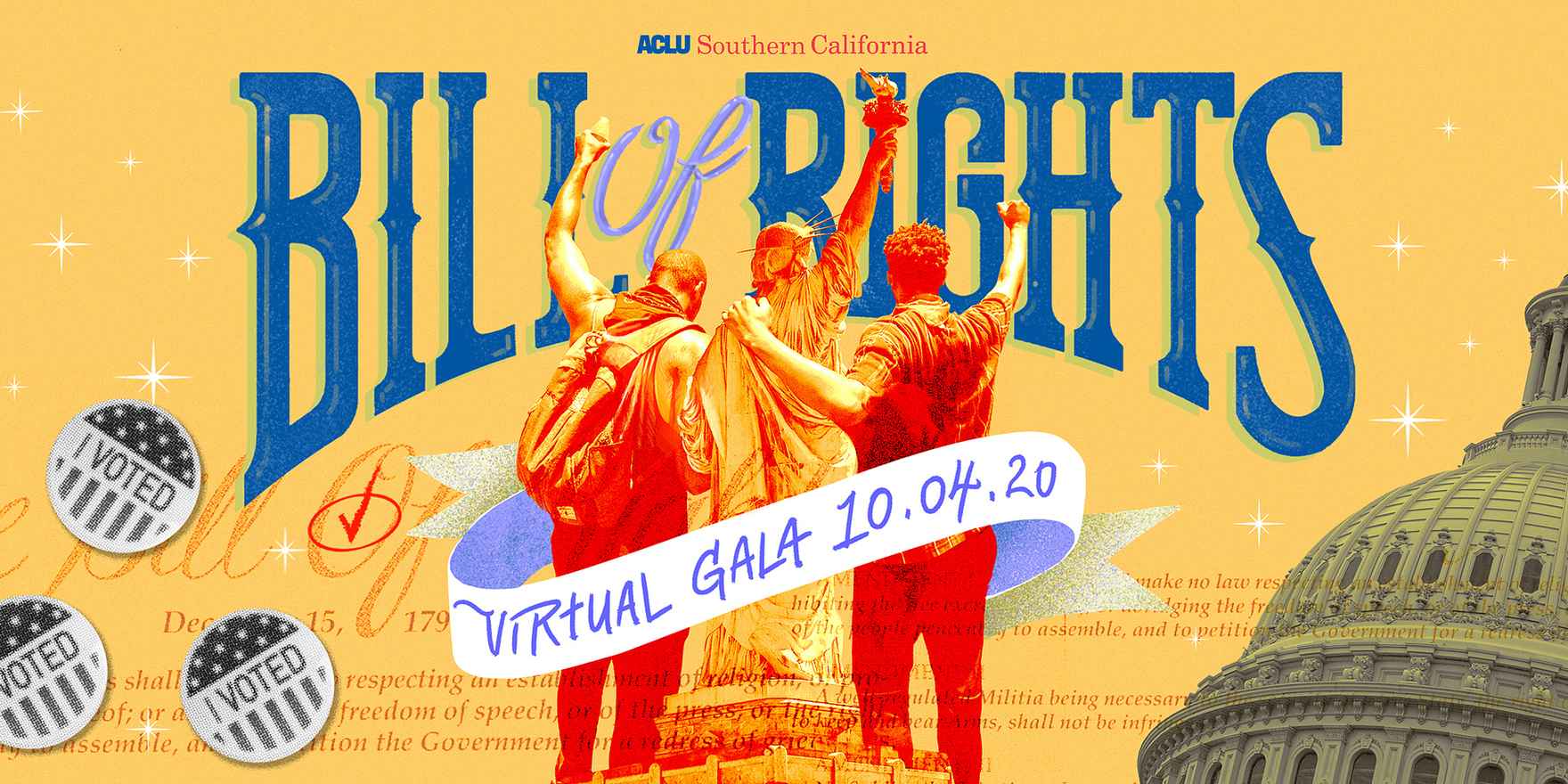 I recently released my new single Dr. Ford — I've performed this song in my live sets for 2 years and every time I do, someone walks up to me after the show to thank me for playing it. It's also still an emotional challenge for me to perform without crying and breaking up the song.

So anytime a songwriter releases a new song, especially one like this, we hope it's well-received by as many people as possible. This is why I was absolutely floored and deeply honored that ACLU So Cal featured my song and a lyric video I created (which will also be soon released) at their Annual Bill of Rights Gala, on October 4th, 2020. Because of the pandemic, this year the gala was hosted online by Billy Porter and so many other familiar celebrity faces who are well-known for their social justice advocacy!

It was absolutely surreal to see that star-studded cast of celebrities mixed up with this song of mine. Surreal, yes. But also a perfect pairing too.

At last year's gala, they gave Dr. Ford the Rodger Baldwin Courage Award for speaking truth to power. I knew any organization that would commend her for such strength would be a worthy partner for this song. Not to mention, they've been advocating for bravery, social justice, and freedom for much longer than I've been alive!

The ACLU is responsible for the following civil rights victories...

I was so elated that my song could help them raise money to keep protecting the Bill of Rights and ensure equality for all of us.

Please join me in sharing gratitude for their crucial work.

Donate to the ACLU today.