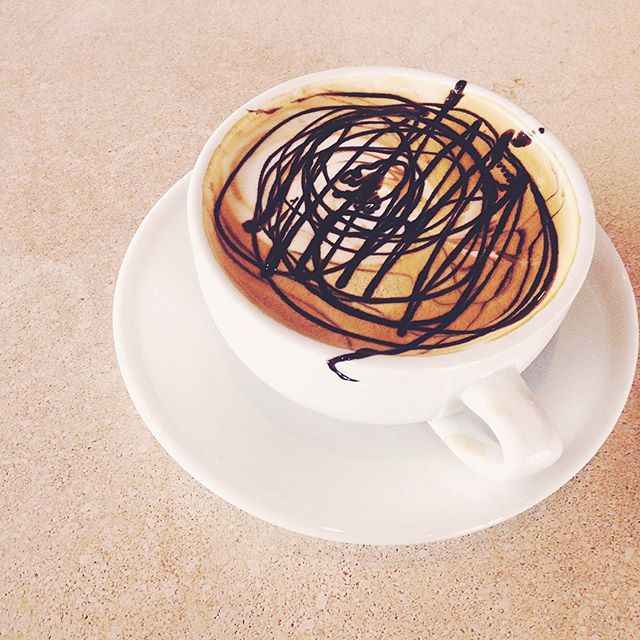 This hipster shot of a previously enjoyed mocha of mine exists to tell you that the other day I broke my caffeination fast with a soy latte.

I cut caffeine out about 4 weeks ago because I started noticing my essential tremor in MY OTHER HAND. 😳 It's not very noticeable. But *I* notice. I notice very much. The degenerative nature of my neurology is breathing down my neck. and officially down both shoulders.

I thought it'd be good to help mask the tremor's existence via eliminating something I could probably live without in the first place. So I cut out the caffeine. It was easier than you'd think.

But the other day I jumped in on a Marrowstone 2016 staff coffee run. The soy latte tasted SO great, but...

Allow me to list what happened after I drank that soy latte...
- dropped my sandwich mid-bite
- dropped my keys countless times
- dropped my guitar pick at least 4 times during rehearsal
- couldn't keep up any consistent finger picking on guitar
- handwriting turned to crap; writing my name was harder than I've ever remembered it
- felt like the energizer bunny's paws were inside my hands.

When I get home from all the camp craziness, I'll schedule an appointment with my neurologist. Until then, I'll order decaf on staff coffee orders.