Hello Scrivener, I Love You.

In the lulls between songwriting, album-making, and concert performing, I've been slowly working on writing a book.

My plan is to completely overhaul a previously (and quietly) released version of a book I put together last year. The old version is currently unavailable to purchase, because it will be re-released newer, better, bigger, and more wonderful all-around. So you'll just have to sit tight and hold your horses.

Until today, this total overhaul process entailed copying bits of the first version of the book into the new first draft and editing or adding to or re-writing as I was going.

Let me tell you, It was a SLOW, slow, slow slog.

This morning I woke up *really* discouraged.

I have a first draft goal of 20,00 by the end of this month and I didn't spend as much time writing as I had wanted to last week... I pretty much lost 2 weeks to being sick. Fighting bronchitis and a double ear infection would do that to anyone.

So after confessing my book's bleak state and my own sad state of mind to a fellow writer friend, she suggested I spend some of today's dedicated writing time watching some free Scrivener Tutorials out there. 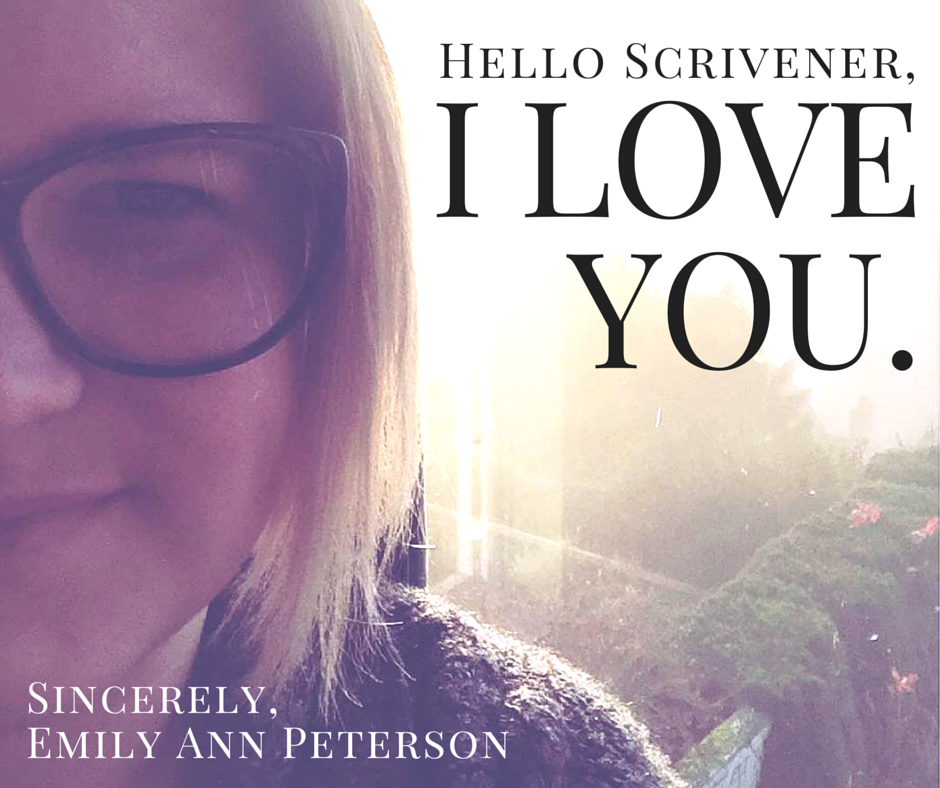 This writing software is so brilliant. I feel so much better.

It's like I've been walking around with my Big Girl Author panties all twisted up and I finally took the time to get them all straightened out.

Rather than having chunks of writing all mixed up and helter-sceltered across the map, I know exactly where my thoughts are. I know what to say when.

The best part is that I can tell I really am so much closer to finishing my first draft than I had thought.

(Warning: Sometimes it doesn't matter what tool you're holding, you still have to actually use it - so sit down and WRITE already!)