Lessons From The Road: Planning Ahead Doesn't Always Work 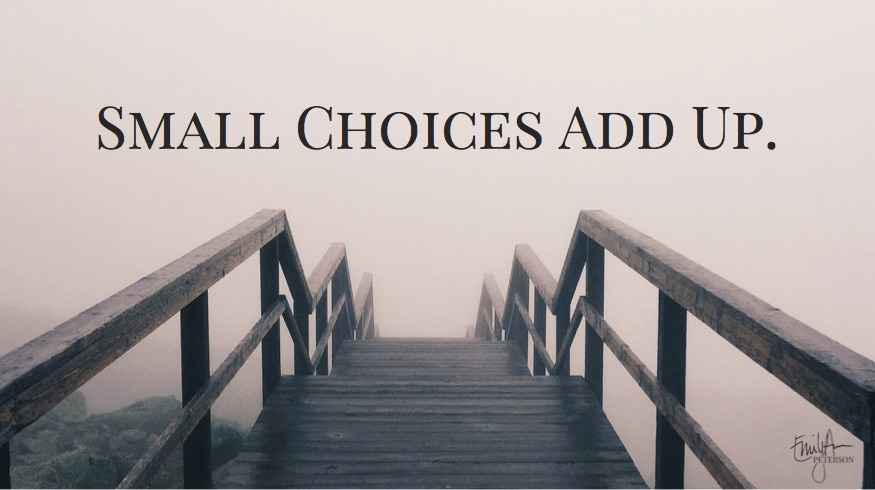 my attempt at an eye-roll inducing motivational poster...

It's no secret. I make light of my OCD tendencies and social anxiety. Jokes soften the blow, but this one's gotten heavier over the last season. Now, there are a number of reasons for this (which I won't bore you with.) But I will highlight one in particular, here it is...

When you're self-employed, the labels of 'Freedom' and 'Autonomy' are simply thinly veiled survival instincts and affiliated stress.

So when that veil gets even thinner (in my case, usually due to lack of financial resources) the survival instincts become survival crises and the symptoms of stress bubble up to the surface.

Last month's Annual Review unearthed this fact: my little highly-sensitive heart just can't take another year of being jerked around. I see how overwhelmed I am from 2015 and I know I just can't handle another year like it. I can't imagine surviving another year of disappointments, inconsistency, and lack of reliability like I did this last year.

Look how excited that kid is to go down the slide! Halfway down his face changes to "Oh shit." and then ends up painted with sheer betrayal and disappointment at the bottom.

Me, in early 2015: "Oh yay! I'll do this huge tour of house concerts around the nation! I totally won't let anyone dissuade me from doing it. I'll definitely get that funding! That client would never dick me around like that. Look at all the opportunities! There will be enough time! I'll totally have enough energy for it."

Oh, the innocence! Oh, the hopes! Oh, the inexperience! Ugh. It makes me stressed even thinking about trying to do that again this year.

I can relate kid. I know how it feels.

Don't get me wrong, a lot of wonderful things happened in 2015.

But here's the thing, none of that loveliness happened because I planned for them to happen.

They happened because I simply chose the obvious next step - albeit with a timing or method I would've never picked on my own.

So for 2016, there shall be no significant plans beyond 90-days from now.

Why? Well, 2015 has taught me very well that a lot can happen in 3 months and 3 months of time feels manageable right now. For the most part, I can know what I'm going to do in February. I can guess at 6-9 months from now, but I really shouldn't make any heavily solid plans beyond that 3-month window. There are too many external variables out of my control.

[Side Note: Yeesh. I'm turning 30 this year. You'd think I'd have this shit down by now. You'd also think I'd go easier on myself. But I digress...]

There is something magical about simple choices.

I've seen it happen in my own life and in my community time and time again... Yet I am hilariously ill-equipped to fathom how this 'magic of choice' can affect my life, especially when it comes to decisions beyond 90-days from now.

Here's another thing, we don't choose the tidal wave of life-altering magic when we make these choices.

Instead, we're choosing simplicity with no strings attached.

Let's drive this point home with some Disney. Because why the hell not? and also because my Christmas album.

I'm aware that Disney plots are not the best foundation for planning your year, but it does help to accentuate my point which is...

What about you guys? Any "unplanning" or themes for your New Year?